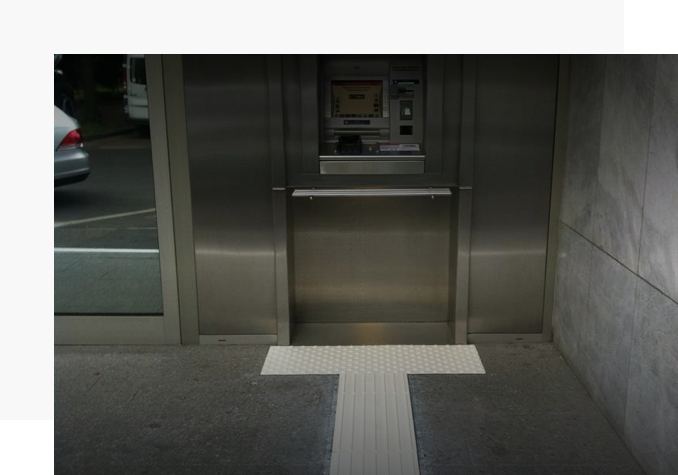 On request, we process these blind markers on the floor, also called tactile markings. Tactile markings are useful in many places in public spaces. The most well-known location are pedestrian crossings. Everybody has noticed pimples on the floor.

These studded areas are designed to grab the attention of the visually impaired from dangerous spots. These attention areas lead to grooves that can be felt with the cane.

Through such guidelines, visually impaired and blind people can also distinguish footpaths from cycle paths; optical separation is usually not sufficient there.

We can also apply a visually impaired mark indoors. Here we process a proven system from a manufacturer from Berlin. 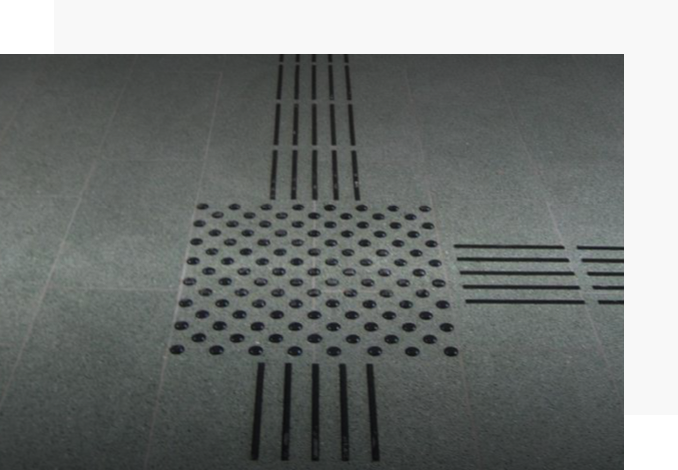